Welcome to the Bright Program!

Information for Parents of Injured Children

If a child in your life is coping with a recent injury, you may have a lot of questions about how to help them. It is important to remember that healing involves not only physical recovery, but also emotional and mental recovery. Our goal is to provide you with information, tips, and resources to help you as you and your child adapt to this recent challenge.

Stress and Injury: What aspects of an injury and hospital visit might be distressing? 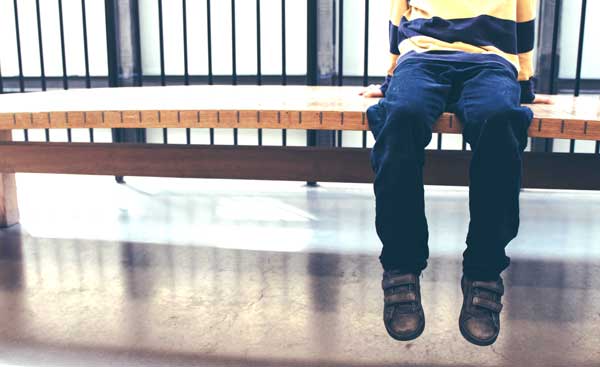 Multiple aspects of an injury and/or the hospital experience can impact your child’s reactions to the event. It’s important to remember that your child’s interpretation of the event and its meaning may be different from yours, and this can influence their responses. Important aspects of the trauma may include:

Your child’s understanding of the event is important!
In addition to the actual events that took place, your child’s experience of the event may influence their response. A child’s impressions and memories of what happened matter at least as much as the “facts” of the incident.

Kaitlyn and Jaden, both 9 years old, arrived at the ER for the same injury and circumstances. They were both on a jungle gym and fell off. It was a big drop! They both broke their arms.

When we talked to Jaden about it, he said that when he was falling he thought he might die! When he fell, he was crying in pain and everyone around him panicked. His mom was crying and didn’t know what to do, screaming “someone help!” and another person was yelling “call an ambulance!” Then another parent at the park stepped in, calmed Jaden down, and offered to drive them to the ER. But still, when you talk to Jaden, he said he thought he might die, that his arm hurt a lot, but that he was also worried his injury might be even worse based on how others were reacting.

Kaitlyn, on the other hand, has older siblings who have broken arms and legs over the years. When she fell, she thought “oh no, this is going to hurt.” She landed on her arm and started crying and her mom came running over to her. Her mom realized quickly that it might be broken and helped her to the car to drive her to the ER.
Now - a week later, both kids are dealing with after aftereffects of the injury. Kaitlyn is mainly focused on how her cast is going to keep her from playing the flute, and she wants the whole class to sign it. Jaden keeps thinking about how he could have died - what if he had landed on his head? What if he couldn’t get to the ER in time?

In our example, Jaden’s mom was very scared when Jaden fell. And, since it happened, she has been telling him he is never allowed to play on park equipment again and she doesn’t want him to play at friends’ houses either, “just in case.” Jaden’s mom is struggling with some unhealthy thinking patterns. Click here for tips for developing healthy thinking.

An important note! Jaden’s mom had a strong reaction to Jaden’s injury, and this may have made Jaden’s experience scarier. But if you reacted similarly when your child was injured, please know that this is a very common and natural reaction to seeing someone you care about get hurt. There are many ways to help your child heal. Remember that you did the best you could during a very stressful event. Focusing on what you can do now to support your own recovery, and your child’s, is your best strategy for healing.

What type of changes and challenges might my child experience? 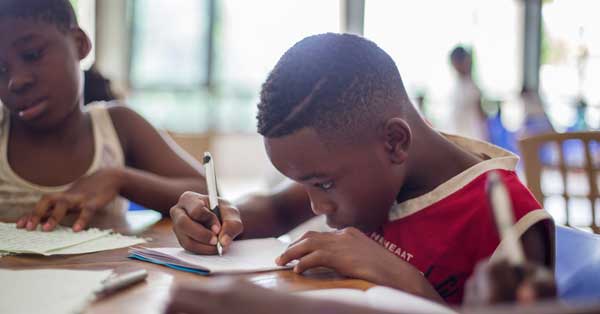 It is normal for children to have difficult reactions after a medical trauma, and there are a wide variety of responses. Here are some common responses:

The types of reactions children experience after a medical trauma can fall into five main categories. Click on each category below to learn more.
How long will these new emotional challenges last for my child?

Life can feel overwhelming in the weeks following injury and setting realistic expectations of recovery may help you and your child cope. While there is no clear answer to how long recovery may take, it will likely take a few weeks to a few months to feel like your child has adjusted to the injury. Healthy coping techniques may help your child recover more quickly and effectively.

Talk with your child’s doctor about what realistic expectations may look like in your unique situation.

What are some things I can do to help my child cope?
What are signs that my child may need additional support?

Changes after an injury are common. Most people recover after a few weeks or months. If these changes last more than a few weeks and interfere with their everyday life, additional support may be needed.

Feel free to email us at bright@uccs.edu if you have questions.

Jessie, age 9, is injured while riding in the car driving home from a gymnastics practice. Jessie sustains several injuries and is rushed to the hospital in an ambulance. The injuries included a broken collarbone, severe bruising, and a large cut requiring stitches on her hip.

Jessie initially experienced both medical symptoms and emotional/social challenges after this event. The medical symptoms included shoulder pain, difficulty concentrating, trouble sleeping, irritability, difficulty moving around, and more. Jessie was frustrated about having to wear an arm sling and was upset about missing gymnastics during the recovery period. Jessie also experienced social/emotional challenges like anger/frustration, sadness, fear of riding in cars, and thinking about the accident over and over again.

In the days following the event Jessie’s caregivers worried that these symptoms might be permanent and that they would never return to normal. But despite their concerns, Jessie’s medical symptoms were significantly better within a few weeks, and Jessie was almost symptom-free within a few months.

The emotional and social challenges that Jessie experienced also resolved themselves within a few months. This timeline is true for most children, though it is important to note that this timeline can vary significantly depending on the child and the cause of the injury.

“The days after the accident were so hard, we weren’t sure we’d make it through. Jessie was crying a lot, and the hospital scared her- especially when they had to reset her collar bone and put in stitches. Me and Jessie’s mom were both pretty beat up from the accident too, so that made it harder. But eventually things started to improve. Jessie was heartbroken that she couldn’t keep going to gymnastics, but her coaches were great about letting her help with the announcements at the meet. And Jessie’s school counselor checked in with her daily for her first week or so back at school. She took breaks from school when she felt tired or sad, and the counselor talked to her about how these things usually improve before too long. One thing that really helped was letting Jessie have a movie night at a friend’s house. We were nervous to let her go - after the accident we wanted to keep her as close as we could. But letting her go was the right thing to do. She came back so happy. She still has hard days, but we talk about it when she feels like talking and I’m noticing that the old sparkle is back in her eyes sometimes. I think she’s going to be ok.”